Daily Devotion: A Tip About Failure 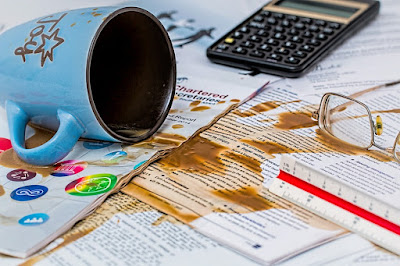 Key Verse: Verse 27 – “The leprosy therefore of Naaman shall cleave unto thee, and unto thy seed for ever. And he went out from his presence a leper as white as snow.”

Key Words: The leprosy therefore of Naaman shall cleave unto thee

We read in II Kings 8:4, “And the king talked with Gehazi the servant of the man of God, saying, Tell me, I pray thee, all the great things that Elisha did.”

Gehazi’s failure of II Kings 5 wasn’t final, it was temporary; and so can our failures be temporary as well so long as we are willing to repent, change our ways, and not give up.

Theodore Roosevelt said, "The only man who never makes a mistake is the man who never does anything." Edison spent more than $100,000 to obtain 6000 different fiber specimens, and only three of them proved satisfactory. Each failure brought him that much closer to the solution to his problem. His friend Henry Ford was right when he said that failure was the "opportunity to begin again, more intelligently."

A football coach gave this advice on how to deal with failures. "When you're about to be run out of town, get out in front and make it look like you're heading a parade."

Remember, failure is only final if you give up.

What to do:
✞ A winner never quits and a quitter never wins.