Daily Devotion: A Tip About Determination 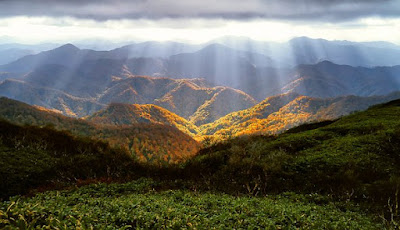 Key Verse: Verse 12 - “Now therefore give me this mountain, whereof the LORD spake in that day; for thou heardest in that day how the Anakims were there, and that the cities were great and fenced: if so be the LORD will be with me, then I shall be able to drive them out, as the LORD said.”

Key Words: I shall be able to drive them out

The Amazon starts three miles high in the snow-swept Andes of Peru. At the source, the river is only seventy miles from the Pacific Ocean, but it travels nearly four thousand miles across the width of the continent toward the Atlantic. In the beginning a tiny trickle tumbles down a mountain and begins a long, eventful journey to the sea. The stream takes its time and as it wends its way, it draws the water of two hundred other streams and brooks into its embrace until it is a full- fledged river. Then it churns through mountain passes, bursts with explosive force into the green wall of the jungle below, and becomes an inland sea, draining nearly half of South America – an area equal to two-thirds of the United States. At the mouth the banks stand ninety miles apart. When the Amazon reaches the end of its adventurous journey, it refuses to die. The power and drive of the river are so great that it floods the ocean with fresh water up to one hundred miles offshore. Indeed, the current can still be seen two hundred miles out to sea.

What to do:
✞Be determined to live for God. A quitter never wins and a winner never quits.