Daily Devotion: A Tip About Accusations 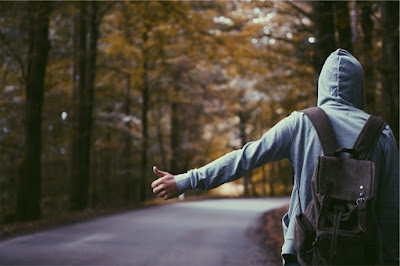 Key Verse: Verse 10 – “Accuse not a servant unto his master, lest he curse thee, and thou be found guilty.”

Key Words: lest he curse thee, and thou be found guilty

I believe the principle is “he who lives in glass houses shouldn’t throw stones.”

Be careful about accusing others without having all the facts. Facts are not what others tell you they are, but what you find to be factual.

John was driving home late one night when he picked up a hitchhiker. As they rode along, he began to be suspicious of his passenger. John checked to see if his wallet was safe in the pocket of his coat that was on the seat between them, but it wasn’t there! So he slammed on the brakes, ordered the hitchhiker out, and said, “Hand over the wallet immediately!”

The frightened hitchhiker handed over a billfold, and John drove off. When he arrived home, he started to tell his wife about the experience, but she interrupted him, saying, “Before I forget, John, do you know that you left your wallet at home this morning?”

Oops!!! It’s easy to accuse but hard to undo a wrong accusation.

What to do:
✞ Get all the facts before confronting.