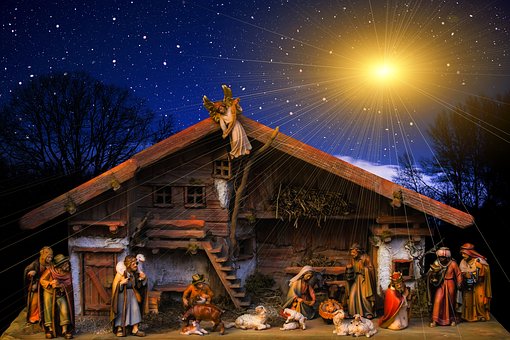 Verse: Verse 14 – " If my people, which are called by my name, shall humble themselves, and pray, and seek my face, and turn from their wicked ways; will I hear from heaven, and will forgive their sin, and will heal their land."

Key Words: If my people

There is a movement afoot today to have God totally removed from our existence. This is not just the ranting of a Baptist preacher, this is a fact.
Which raises the question why, and how have we deteriorated to such a lowly state of existence?

First of all, Satan is at work. We are told in Ephesians 6:12, “For we wrestle not against flesh and blood, but against principalities, against powers, against the rulers of darkness of this world, against spiritual wickedness in high places.” It is interesting to note that there are three encounters between God and Satan. In the first encounter in Isaiah, Satan wanted to be just like God. In the second encounter in Matthew, Satan wanted God to worship him; and in the third encounter in Revelation Satan wants to destroy God. Each encounter Satan desires more power and authority. Well, we are now living in the last days when Satan wants to see God destroyed, which is one of the reasons we find ourselves in this depraved spiritual condition.

Secondly, society is to blame. The lost world sees God as the enemy and standing in their way of living as they choose. Remember, it was the people who yelled “Crucify him, crucify him.”

Thirdly, we are to blame. Yes, we are born-again believers but we have failed to stand for God. We in the past were passive about which judges and political leaders were going into office. We were happy so long as we had our house, car, a little pleasure, and our retirement program in place. We went to sleep on the job while the ungodly forces of evil were at work.

So now what do we do?
We must continue to occupy until the Lord returns!

What to do:
✞ Put Christ first, not just on Christmas, but everyday.