Daily Devotion: The Leader and Jealousy 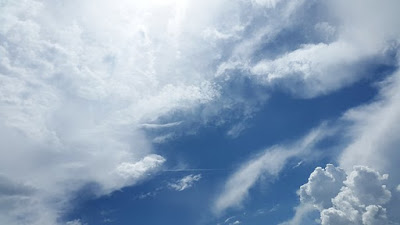 Most leaders at some time face the problem of a jealous rival. Even Moses encountered that test. Jealousy is a common weapon of the devil.

Moses’ first such challenge came from within his own family, his sister and brother. They had apparently forgotten that without Moses’ noble decision to lead the people out of Egypt, they and all the rest of Israel would still be living under the slave master’s lash.

Miriam by this time was elderly and should have known better. She promoted gossip against Moses because of his marriage to an Ethiopian. Race hatred is not the sin of this century alone. Miriam resented the intrusion of a foreigner and drew the weakling Aaron into her rebellion.

Not content with second place, Miriam and Aaron, led by the devil, tried to remove Moses by a coup. They cloaked their treachery in piety, “Hath the Lord indeed spoken only through Moses? Hath he not also spoken by us?”

Moses was deeply wounded, but he said nothing to vindicate himself. His main concern was God’s glory, not his own position or privilege. “(Now the man Moses was very meek, above all the men which were upon the face of the earth)” (Numbers 12:3). Yet though Moses maintained a dignified silence, God would not allow such a challenge to the authority of His servant to go without response.

Because the offense was public, judgment and punishment would also be public. “And the cloud departed from off the tabernacle; and, behold, Miriam became leprous, white as snow:” the record states (Numbers 12:10). Such a drastic punishment points to the gravity of her sin, and once again Moses’ greatness shines. His only response was to pray for his sister and God graciously responded in mercy.

The lesson for the leader is plain. The person who fills a role appointed by God need not worry about vindicating his or her work when rivals become jealous or treacherous. Such a leader is safe in the hands of a heavenly Protector. Indeed, God shows how safe with His ominous words to Miriam: “Wherefore then were ye not afraid to speak against my servant Moses?” (Numbers 12:8).

God will defend the leaders He has chosen. He will honor, protect, and vindicate them. Leaders need not worry about defending their rights to their office.