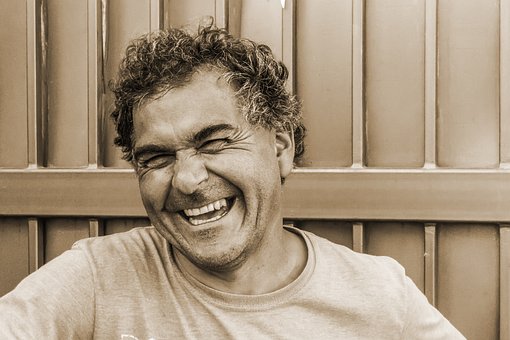 Key Verse: Verse 22 – "A merry heart doeth good like a medicine: but a broken spirit drieth the bones."

Key Words: A merry heart doeth good like a medicine

A leader who doesn’t have a sense of humor will eventually faint. We must understand that leaders deal with so many issues that they must occasionally laugh or they will cry themselves away.

In his book on leadership, J. Oswald Sanders wrote: “Criticized for including humor in his sermon, Charles Spurgeon, eye twinkling, said: ‘If only you knew how much I hold back, you would commend me.’ Later writing on the subject, he said: ‘There are things in these sermons that may produce smiles, but what of them? The preacher is not quite sure about a smile being a sin, and at any rate he thinks it less a crime to cause a momentary laughter than a half-hour of profound slumber.’”

“Helmut Thielecke wrote: ‘Should we not see that lines of laughter about the eyes are just as much marks of faith as are the lines of care and seriousness? Is it only earnestness that is baptized? Is laughter pagan?... A church is in a bad way when it banishes laughter from the sanctuary and leaves it to the cabaret, the nightclub and the toastmasters.’

“Humor is a great asset and an invaluable lubricant in missionary life. Indeed it is a most serious deficiency if a missionary lacks a sense of humor. A Swede was urged by friends to give up the idea of returning to India as a missionary because it was so hot there. ‘Man,’ he was urged, ‘it is 120 degrees in the shade!’ ‘Vell,’ said the Swede in noble contempt. ‘Ve don’t always have to stay in the shade, do ve?’

“A. E. Norrish, a missionary to India, testified: ‘I have never met leadership without a sense of humor; this ability to stand outside oneself and one’s circumstances, to see things in perspective and laugh. It is a great safety valve! You will never lead others far without the joy of the Lord and its concomitant, a sense of humor.’”

So as a leader, don’t be afraid of humor and never forget to laugh, even at yourself.

What to do:
✞ Remember that the leader’s true worth may sometimes be measured by the amount of time they can remain dead in their office without anyone noticing.