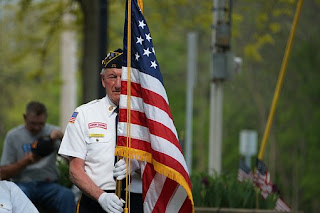 Key Verse: Verse 13 - "Greater love hath no man than this, that a man lay down his life for his friends."

Key Words: a man lay down his life for his friends

I realize John 15:13 is talking about our Savior Jesus, who laid down his life so we might live. I can’t read that verse without thinking of our many veterans who have laid down their lives for us.

Veterans Day is an official United States holiday that honors people who have served in the U.S. Armed Forces, also known as veterans. It is a federal holiday that is observed on November 11. It coincides with other holidays such as Armistice Day and Remembrance Day, which are celebrated in other parts of the world and also mark the anniversary of the end of World War I. (Major hostilities of World War I were formally ended at the 11th hour of the 11th day of the 11th month of 1918, when the Armistice with Germany went into effect.)

U.S. President Woodrow Wilson first proclaimed Armistice Day for November 11, 1919. In proclaiming the holiday, he said, "To us in America, the reflections of Armistice Day will be filled with solemn pride in the heroism of those who died in the country's service and with gratitude for the victory, both because of the thing from which it has freed us and because of the opportunity it has given America to show her sympathy with peace and justice in the councils of the nations."

In 1945, World War II veteran Raymond Weeks from Birmingham, Alabama, had the idea to expand Armistice Day to celebrate all veterans, not just those who died in World War I. Weeks led a delegation to Gen. Dwight Eisenhower, who supported the idea of National Veterans Day. Weeks led the first national celebration in 1947 in Alabama and annually until his death in 1985. President Reagan honored Weeks at the White House with the Presidential Citizenship Medal in 1982 as the driving force for the national holiday. Elizabeth Dole, who prepared the briefing for President Reagan, determined Weeks as the "Father of Veterans Day."

The National Veterans Award, created in 1954, also started in Birmingham. Congressman Rees of Kansas was honored in Alabama as the first recipient of the award for his support offering legislation to make Veterans Day a federal holiday, which marked nine years of effort by Raymond Weeks. Weeks conceived the idea in 1945, petitioned Gen. Eisenhower in 1946, and led the first Veterans Day celebration in 1947 (keeping the official name Armistice Day until Veterans Day was legal in 1954).

Although originally scheduled for celebration on November 11 of every year, starting in 1971 in accordance with the Uniform Monday Holiday Act, Veterans Day was moved to the fourth Monday of October. In 1978, it was moved back to its original celebration on November 11. While the legal holiday remains on November 11, if that date happens to be on a Saturday or Sunday, then organizations that formally observe the holiday will normally be closed on the adjacent Friday or Monday, respectively.

While all of this information may be educational, the whole purpose of Veteran’s Day is to recognize and remember those men and women who stood in harm’s way so we could have the freedoms we have today.

To those who served in our military, I thank you and we thank you. May God bless you and may God bless America.

What to do:
✞ Pray for our country and honor our veterans.