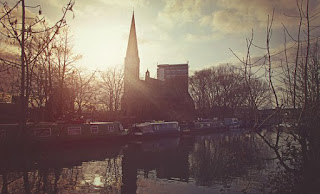 Key Verse: Verse 15 – "And he said unto them, Go ye into all the world, and preach the gospel to every creature."

Key Words: Go ye into all the world, and preach the gospel to every creature

Charles Spurgeon became the pastor of the New Park Street Baptist Chapel in London when he was only nineteen years old. The building boasted a seating capacity of 1,500 but the attendance was less than 200. Within a few years, as many as 23,000 people had come to hear Spurgeon preach and his sermons were being published weekly in English-language newspapers around the world. Nine years after he came to New Park Street they built the Metropolitan Tabernacle to accommodate the large crowds. They established a school to train pastors and began a book distribution business. Metropolitan became one of the most famous and significant religious institutions in 19th century England.

Spurgeon’s ministry was particularly known for successfully attracting people from every walk of life, from the poor of London to members of Parliament. During his thirty-eight years as pastor, he built up the congregation of 6,000 and added 14,692 members to the church.

When author and pastor Leith Anderson attended the Metropolitan Tabernacle in 1972, they had but 87 worshipers present on that particular Sunday. The speaker lamented over the difficulty in reaching people in the immediate community of the church. Much had changed in 75 years. London had changed, the neighborhood had changed, society had changed, all of the world had changed.

But the problem is not “change” because God’s plan has never changed. The problem is that the church no longer carries out God’s plan: “Go ye into all the world, and preach the gospel to every creature” (Mark 16:15).

Remember when we used to do that? The problem is we’ve changed!

What to do:
✞ Stay steady and change not.