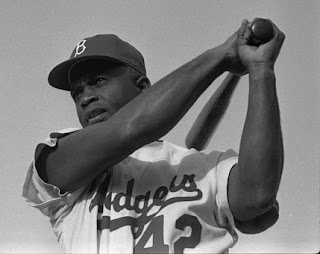 Key Verse: Verse 17 - "A friend loveth at all times, and a brother is born for adversity."

Key Words: a friend loveth at all times

A story from the career of Jackie Robinson:

One example of friendship remains with me as vividly as the moment I first heard of it as a boy. In his first seasons with the Brooklyn Dodgers, Jackie Robinson, the first black man to play Major League baseball, faced venom nearly everywhere he traveled--fastballs at his head, spikings on the bases, brutal epithets from the opposing dugouts and from the crowds. During one game in Boston, the taunts and racial slurs seemed to reach a peak. In the midst of this, another Dodger, a Southern white named Pee Wee Reese, called timeout. He walked from his position at shortstop toward Robinson at second base, put his arm around Robinson's shoulder, and stood there with him for what seemed like a long time. The gesture spoke more eloquently than the words: This man is my friend.

The moral of the story is that a true friend walks in when everyone else is walking out.

What to do:
✞ Remember having friends begins with being one.