Daily Devotion: Someone's Praying For You 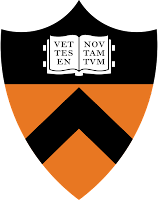 Key Verse: Verse 32 – "But I have prayed for thee, that thy faith fail not: and when thou art converted, strengthen thy brethren."

Key Words: But I have prayed for thee...

Dr. McGosh, the late president of Princeton University, made it a practice to have prayer with all the graduating students. One graduate refused his prayer. That young man became the Superintendent of Schools in Cincinnati. He influenced teachers to propagate infidelity. A committee was formed which went to talk to Dr. McGosh. He admitted he had no influence over the man, but stated, “He has a praying mother. We should never underestimate the influence of a mother’s prayer.” One day there was a knock on Dr. McGosh’s office door. When he opened the door, there stood the young man who was Superintendent of Schools in Cincinnati. He said, “Now sir, may we have that long-delayed prayer together?” Mother’s prayers had been answered.

Yes, today somewhere, someone is praying for you. The question is: are you praying for someone?

What to do:
✞Remember two things: 1) someone is praying for you, and 2) pray for someone.