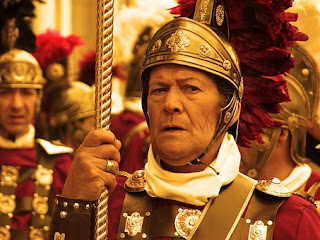 Key Verse: Verse 1- "Brethren, my heart's desire and prayer to God for Israel is, that they might be saved."

Key Words: Brethren, my heart’s desire and prayer to God for Israel is, that they might be saved

Paul’s prayer was for the salvation of the Jewish people. The people of Israel believed that salvation came by keeping the law and through their own self-righteousness, and not through Jesus Christ. These Israelites believed they were bound for heaven when in reality, they were headed for hell. Paul’s only recourse was to pray for their spiritual eyes to be opened.

Isn’t it great to know that we can go to our heavenly Father and intercede on behalf of others?

A Roman emperor was parading through the streets of his imperial city in a victory celebration. Tall legionnaires lined the route to keep back the cheering crowd. At one place along the way, there was a platform on which the royal family was sitting. As the emperor approached, his youngest son, just a young boy, leaped off the platform and ran through the crowd and tried to run out to meet him. “You can’t do that!” cried one of the guards as he scooped up the lad. “Don’t you know that’s the emperor? You can’t approach him.” Quickly the young boy replied, “He may be your emperor, but he’s my father!”

So it is with God: He’s our Father, and there’s nothing we can’t take to Him.

What to do:
✞Pray for those who refuse to hear God’s plea of salvation.