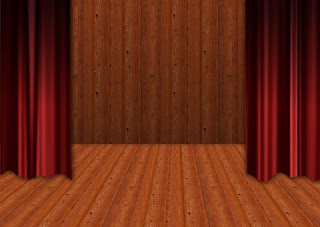 Key Verse: Verse 7 - "Thou art my hiding place; thou shalt preserve me from trouble; thou shalt compass me about with songs of deliverance. Selah."

Psalm 32 is a record of one of David’s failures. He had failed in keeping himself pure morally. In our everyday language, David had blown it. He was a failure. Have you ever blown it and felt as if all hope is gone? Then read on.

Marian Anderson, who has one of the most gifted voices ever heard by the American public, didn’t just open her mouth and start singing. Success didn’t come easy. As she says: “Failure and frustration are in the unwritten pages of everyone’s record. I have had my share of them. We were poor folk, but many people were kind to me. A group of well-meaning friends hastily sponsored me for a concert in Town Hall in New York. But I wasn’t ready, either in experience or maturity.”

On the night of the concert she was told the house was sold out. Waiting in dazed delight, her sponsor said there would be a slight delay. She waited five, ten, fifteen minutes. But as she peeked through the curtain, she saw the house was half empty. “I died inside,” she said later.

“I sang my heart out, but when the concert was over I knew I had failed. The critics next day agreed with me. I was shattered within.”

She told her mother she had best forget singing, who in return advised her to think about it a little and to pray about it a lot. But she was so crushed that for a full year Marian Anderson refused all invitations to sing. Still her mother kept prodding: “Marian, have you prayed? Have you prayed?”

Marian admits that she didn’t pray, but rather embraced her grief. Then there came a time when self-pity died, and she did pray. And one day she came home unaware that she was humming! It was her first effort in a whole year. Hearing her daughter’s voice, Marian’s mother rushed to meet her, then threw her arms about her as she kissed her. Then she added these words of advice to the black girl who was to become internationally famous, “There is no end to hope so long as we pray.”