Daily Devotion: If Two of You 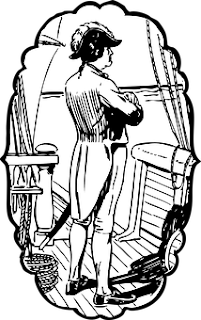 Key Verse: Verse 19 - "Again I say unto you, That if two of you shall agree on earth as touching any thing that they shall ask, it shall be done for them of my Father which is in heaven."

Key Words: That if two of you shall agree on earth

In the very early years of his ministry, Dr. George W. Truett took the following verse as his text for a morning’s message: “If two of you shall agree on earth as touching any thing that they shall ask, it shall be done for them of My Father which is in heaven” (Matthew 18:19). Having quoted his text, Dr. Truett asked:

“Do you believe it?” Of course he did not expect an answer, but one was forth-coming nevertheless. As he paused for a moment that his question might be understood, a very poor member of the congregation, poor in this world’s goods but rich in faith, rose to her feet. “I believe it pastor,” she said, “And I want you to claim that promise with me.” “It staggered me,” said the pastor. “I knew I did not have the faith to claim the promise, but before I had time to answer a big burly blacksmith in the congregation rose to his feet; ‘I’ll claim that promise with you, Auntie’ he said, and together the two, the poor washer-woman and the blacksmith, dropped to their knees in the aisle and poured out their hearts in prayer for the salvation of the woman’s husband. Now it happened that this man was a river boat captain on the Rio Grande, a swearing, foul-mouthed drunken sot, and he was at that moment sleeping off a drunk at home.

That night, for the first time in many years at least, the old river boat captain was in the church and while the pastor preached the woman prayed, not for the salvation of her husband, rather she was thanking God for it, for she seemed to know it would happen that night. And of course when the invitation was given, this old foul-mouthed captain came to give his heart to the Lord and he became one of the most dependable and faithful workers in that church.

What to do:
✞ Find you a prayer warrior and the two of you pray in agreement, and believe it’s done. Amen!