Daily Devotion: Don't Forfeit Away Your Privilege of Prayer 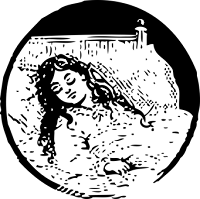 Key Verse: Verse 1- "Give ear to my prayer, O God; and hide not thyself from my supplication."

Key Words: Give ear to my prayer

Psalm 55 was believed to have been written during the time of Absalom’s rebellion. If you’re looking for an outline, Psalm 55 could be broken down into three parts. In verses 1 – 8 we see David’s fears, while in verses 9 – 15 we see David’s foes, and in verses 16 – 23 we see David’s friend. But David never forfeited his right to pray.

Dr. L. R. Scarborough told of a man he dealt with in a western city during one of his evangelistic campaigns. The man was not interested in spiritual matters. A day or so later however, he came weeping to where the preacher was staying. He cried, “Oh man of God, pray, please pray. The doctor says my little daughter is going to die.” Prayer oftentimes causes the hardened sinner to capitulate.

Dr. Charles Howard told a thrilling story at one of our evangelistic conferences some time ago. He told how seventeen men had met to pray for a very bitter, hard and rebellious old man who was 94 years old. The old man had previously ordered preachers off his property with a shot gun in his hands. After seventeen men had earnestly prayed for the old gentleman, they decided to go talk to him. He greeted them with a stern, “State your business, men.” When a Mr. Jacobs explained to him they had been on their knees talking to God in his behalf, he became as tender as a little child and gave his heart to Jesus.

The question is, “Why do Christians forfeit their God-given privilege to pray for themselves and others?”

I always marvel at why Christians forfeit their right to prayer!

What to do:
✞ If you fail to pray, eventually you will faint...so pray.