Daily Devotion: Daniel's Prayer of Thanks 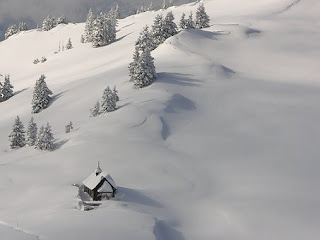 Key Verse: Verse 10 – "Now when Daniel knew that the writing was signed, he went into his house; and his windows being open in his chamber toward Jerusalem, he kneeled upon his knees three times a day, and prayed, and gave thanks before his God, as he did aforetime."

Key Words: prayed, and gave thanks before his God

We are not told the exact words of Daniel’s prayer but we do know that it was a prayer of thanks to God. Do you not marvel at how Daniel, in the midst of a crisis, can bow his knee and be thankful to God?

There was no one outside of the king that favored Daniel.
Yet Daniel prayed a prayer of thankfulness to God.

I heard about a pastor who every Sunday morning would stand behind his pulpit, pray, and thank God for the events of the day. One Sunday, though it was miserable – snow and ice were everywhere, members were sick, and some had even died, attendance was the lowest on record – the congregation wondered how their pastor could pray a prayer of thankfulness on a day such as this one. So they waited to see how he could find a way to thank God on the “worst” Sunday ever recorded in the church records. The pastor approached his pulpit and said, “Let’s pray. Dear God, I thank you that every Sunday isn’t like today. Amen.”

We all have reason to be thankful, so today and everyday let me encourage you to thank God.

What to do:
✞ Today and everyday, give thanks for this is the will of God in Christ Jesus for you.