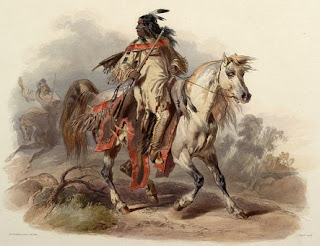 Key Verse: Verses 9 - “There is a lad here, which hath five barley loaves, and two small fishes: but what are they among so many?”

Key Words: there is a lad here

In his book of sermons The Living Faith, Lloyd C. Douglas tells the story of Thomas Hearne, who, “in his journey to the mouth of the Coppermine River, wrote that a few days after they had started on their expedition, a party of Indians stole most of their supplies. His comment on the apparent misfortune was: “The weight of our baggage being so much lightened, our next day’s journey was more swift and pleasant.’

“Hearne was en route to something very interesting and important; and the loss of a few sides of bacon and a couple of bags of flour meant nothing more than an easing of the load. Had Hearne been hole in somewhere, in a cabin, resolved to spend his last days eking out an existence, and living on capital previously collected, the loss of some of his stores by plunder would probably have worried him almost to death.”

How we respond to “losing” some of our resources for God’s work depends upon whether we are on the move or waiting for our last stand.

“When God’s work is done in God’s way for God’s glory, it will never lack for God will supply.” ~ Hudson Taylor

What to do:
✞ God can take what you have and meet the needs of others, but you must be willing to give it up which will take you from being ordinary to extraordinary.