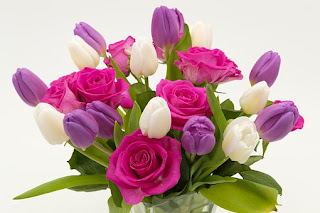 Key Verse: Verse 1 - “I commend unto you Phebe our sister, which is a servant of the church which is at Cenchrea:”

Key Words: I commend unto you Phebe

Phoebe, what a blessing she must have been to many (verse 2) as she ministered comfort to those who were in need and hurting. It’s these people who do not see themselves as being anything more than ordinary that by their kind and comforting spirit they become extraordinary servants for God.

Douglas Maurer, 15, of Creve Coeur, Missouri, had been feeling bad for several days. His temperature was ranging between 103 and 105 degrees, and he was suffering from severe flu-like symptoms. Finally, his mother took him to the hospital in St. Louis. Douglas Maurer was diagnosed as having leukemia. The doctors told him in frank terms about his disease. They said that for the next three years, he would have to undergo chemotherapy. They didn’t sugarcoat the side effects. They told Douglas he would go bald and that his body would most likely bloat. Upon learning this, he went into a deep depression. His aunt called a floral shop to send Douglas an arrangement of flowers. She told the clerk that it was for her teenage nephew who has leukemia.

When the flowers arrived at the hospital, they were beautiful. Douglas read the card from his aunt. Then he saw a second card. It said: “Douglas—I took your order. I work at Brix florist. I had leukemia when I was 7 years old. I’m 22 years old now. Good luck. My heart goes out to you. Sincerely, Laura Bradley.” His face lit up. He said, “Oh!”

It’s funny: Douglas Maurer was in a hospital filled with millions of dollars of the most sophisticated medical equipment. He was being treated by expert doctors and nurses with medical training totaling in the hundreds of years. But it was a salesclerk in a flower shop, a woman making $170 a week, who—by taking the time to care, and by being willing to go with what her heart told her to do—gave Douglas hope and the will to carry on.

Today, you may think you have no talents or abilities; but if you have a kind heart and willing spirit, and you put them into action, you become more than ordinary – you become extraordinary to others.

What to do:
✞ Don’t be ordinary; be extraordinary.