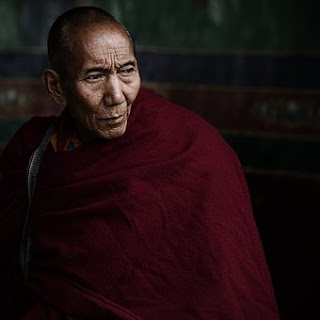 Key Verse: Verse 2 – “And the Syrians had gone out by companies, and had brought away captive out of the land of Israel a little maid; and she waited on Naaman's wife.”

It was a little maid who had no doubt been taken as spoil from one of Naaman’s victories who made a difference in the life of Naaman, his wife and his soldiers. She told him about the prophet of God in Samaria who could cure his leprosy. She was an ordinary person who helped to accomplish an extraordinary thing by not being bitter about her servitude.

One day, two monks were walking through the countryside. They were on their way to another village to help bring in the crops. As they walked, they spied an old woman sitting at the edge of a river. She was upset because there was no bridge, and she could not get across on her own. The first monk kindly offered, "We will carry you across if you would like." "Thank you," she said gratefully, accepting their help. So the two men joined hands, lifted her between them and carried her across the river. When they got to the other side, they set her down, and she went on her way.

After they had walked another mile or so, the second monk began to complain. "Look at my clothes," he said. "They are filthy from carrying that woman across the river. And my back still hurts from lifting her. I can feel it getting stiff." The first monk just smiled and nodded his head.

A few more miles up the road, the second monk griped again, "My back is hurting me so badly, and it is all because we had to carry that silly woman across the river! I cannot go any farther because of the pain." The first monk looked down at his partner, now lying on the ground, moaning. "Have you wondered why I am not complaining?" he asked. "Your back hurts because you are still carrying the woman. But I set her down five miles ago."

That is what many of us are like in dealing with our families. We are that second monk who cannot let go. We hold the pain of the past over our loved ones’ heads like a club, or we remind them every once in a while, when we want to get the upper hand, of the burden we still carry because of something they did years ago.

What to do:
✞ You will never accomplish the extraordinary by carrying around a load of bitterness.