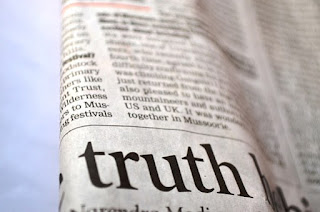 Key Verse: Verse 15 - “And one of them, when he saw that he was healed, turned back, and with a loud voice glorified God,”

Ten were healed; only one glorified God…so it is in life. So many are so ungrateful for what God has done and is doing in their lives. How often we fail to show our thankfulness to God by glorifying Him. The leper was not like the other nine who were ordinary. He was extraordinary because of his grateful spirit.

In his autobiography, Breaking Barriers, syndicated columnist Carl Rowan tells about a teacher who greatly influenced his life. Rowan relates: Miss Thompson reached into her desk drawer and pulled out a piece of paper containing a quote attributed to Chicago architect Daniel Burnham. I listened intently as she read: "Make no little plans; they have no magic to stir men's blood and probably themselves will not be realized. Make big plans, aim high in hope and work. Remember that our sons and grandsons are going to do things that would stagger us."

More than 30 years later, I gave a speech in which I said that Frances Thompson had given me a desperately needed belief in myself. A newspaper printed the story, and someone mailed the clipping to my beloved teacher. She wrote me: "You have no idea what that newspaper story meant to me. For years, I endured my brother's arguments that I had wasted my life. That I should have married and had a family. When I read that you gave me credit for helping to launch a marvelous career, I put the clipping in front of my brother. After he'd read it, I said, 'You see, I didn't really waste my life, did I?'"

What to do:
✞Don’t be ordinary. Be extraordinary by thanking those who have been a blessing to you, not just one day but at least one each week.