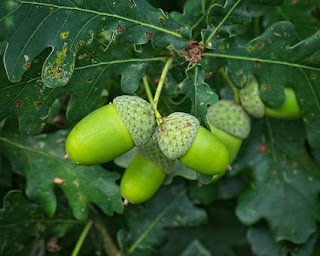 Key Verse: Verse 9 – “And all the people saw him walking and praising God:”

Key Words: and all the people saw him walking and praising God

While the miracle itself took only moments, God had it in His plan for years.

In a recent number of the "Sunday School Times" a story is told of an Eastern king which illustrates at once our delusion respecting natural processes, and also God's work and presence in them. The king was seated in a garden, and one of his counselors was speaking of the wonderful works of God.

"Here are four acorns," said the counselor, "will you, Majesty, plant them in the ground, and then stoop down for a moment and look into this clear pool of water?"

The king looked up and saw four oak-trees where he had planted the acorns. "Wonderful!" he exclaimed, "this is indeed the work of God."

"How long were you looking into the water?" asked the counselor.

"Yes," said the other, "it is God's work, whether he did it in one second or in eighty years."

An alcoholic became a believer, was asked how he could possibly believe all the nonsense in the Bible about miracles. “You don’t believe that Jesus changed the water into wine, do you?” “I sure do, because in our house Jesus changed the whiskey into furniture.”

What to do:
✞ You are a miracle of God. Show it and let others see Jesus praised through you. Don’t be an ordinary miracle; be an extraordinary one.