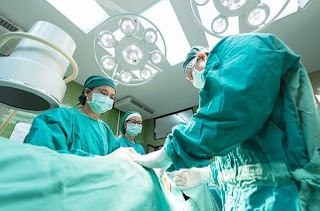 Key Verse: Verse 21 – “Then Jael Heber's wife took a nail of the tent, and took an hammer in her hand, and went softly unto him, and smote the nail into his temples, and fastened it into the ground: for he was fast asleep and weary. So he died.”

Key Words: then Jael Heber’s wife took a nail of the tent

Here’s what we know about Jael. She was the wife of the patriarch Heber. She invited Sisera, the captain of the Canaanite army, into her tent. We know she gave him milk to drink as he fled from the army of Israel. We also know as Sisera napped in Jael’s tent, she drove a peg from the tent through his temple (ouch!) and became the hero of the war. She was an ordinary woman who did an extraordinary thing because of her courage.

If we are to accomplish anything for God, it will take the courage to stand, and yes, often stand, act, and even speak up.

In the operating room of a large hospital, a young nurse was completing her first full day of responsibilities. “You’ve only removed 11 sponges, doctor,” she said to the surgeon. “We used 12.” “I removed them all,” the doctor declared. “We’ll close the incision now.” “No,” the nurse objected. “We used 12 sponges.” “I’ll take full responsibility,” the surgeon said grimly. “Suture!” “You can’t do that!” blazed the nurse. “Think of the patient.” The surgeon smiled, lifted his foot, and showed the nurse the 12th sponge. “You’ll do,” he said.

What to do:
✞ Be of good courage. Anyone can faint during tough times. Don’t be ordinary; be extraordinary!