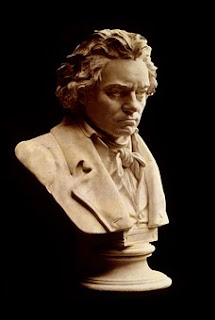 Key Verse: Verse 3 - “And they come unto him, bringing one sick of the palsy, which was borne of four.”

Key Words: which was borne of four

We don’t know who these four men were that carried the man with the palsy to Jesus. We do know they were persistent. They didn’t give up because of the crowd. We also know they were determined. They took the roof off the house in order to get the palsied man to Jesus.

It’s those determined people that are accomplishing things for God and are faithful to the house of God. They are the extraordinary ones.

Everyone recognizes that Ludwig van Beethoven was a musical genius. But few realize the adversity he had to overcome to achieve greatness. In his twenties, Beethoven began to lose his hearing. Because he couldn’t feel the music as he once had, on one occasion he said his fingers became “thick.” His hearing problems haunted him into the middle years of his life, but he kept it a guarded secret. By the time he reached his fifties, Beethoven was completely deaf. But he refused to give up. He was once overheard shouting at the top of his voice, “I will take life by the throat!” Many of his biographers believe the only reason Beethoven remained productive for so long was this determination.

What to do:
✞ Remember the snail: One cold February day a snail started climbing an apple tree. As he inched slowly upward, a worm stuck its head from a crevice in the bark to offer some advice. “You’re wasting your energy, there isn’t a single apple up there.” “There will be when I get there,” the snail replied.