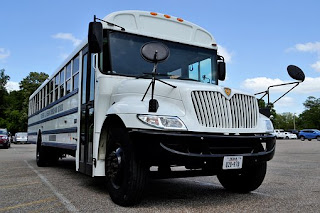 Ehud, the second judge of Israel, was and is not a well-known Bible character. From all we can tell, he was an ordinary man who accomplished an extraordinary feat.

Here’s what we know about Ehud. We know he was left-handed; we know he made a dagger; and we know that he slew Eglon, the king of the Moabites, who was opposing Israel. He was an ordinary man and God uses ordinary people who are willing to be used to accomplish the extraordinary.

When I was in college there was a young lady we simply knew as “Nubbins.” She was called Nubbins because she was born with no arms from the elbows down and no legs from her knees down. But Nubbins loved the Lord and loved children so she applied to work in the bus ministry of her church, and after much debate among the church staff, was given a bus route that no one else had been able to build. On Nubbins’ first Sunday she had over sixty children and never ran under eighty-five children riding her bus each and every Sunday morning. She was a hard worker; she was a prayer warrior; and she was determined to reach those kids. In other words, she was an ordinary person who accomplished extraordinary things because she was willing and relied upon the Lord.

Again, I repeat, God uses ordinary people to accomplish extraordinary feats. May we all be willing to be used by God to accomplish His will.

What to do:
✞ Pray for a sincere heart, “Lord, I am just an ordinary person but I am willing to do Your will.”