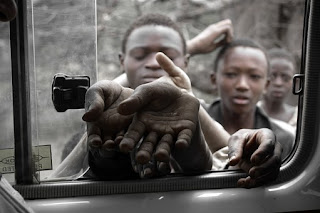 Key Verse: Verse 36 - “Now there was at Joppa a certain disciple named Tabitha, which by interpretation is called Dorcas: this woman was full of good works and almsdeeds which she did.”

Key Words: which by interpretation is called Dorcas

The name Dorcas means “an emblem of beauty.” There are several things that we know about Dorcas. First of all, she was full of good deeds (verse 36). We also know that she was saved. We are told in verse 36 that she was a disciple. A fourth thing we know is that she was greatly loved. At her death, they sent for the Apostle Peter, no doubt to help comfort those who were distraught because of her passing. When Peter arrived, he found all the widows weeping over her. A fifth thing we know is that the resurrection from her death brought a revival. The widows were looking to be comforted, but what they got was new life and a revival as God raised Dorcas back to life.

Dorcas pointed others to Christ, both in her life by her good deeds, and in her death by her resurrection.

We have all heard the saying, “A picture is worth a thousand words,” and I do believe that is true. We can hear of thousands starving to death in the countries of Africa, but when we turn on the television and see that precious child starving – stomach swollen, eyes bulging, bones protruding, flies crawling all over his little starving, helpless body – it touches our heart, and a picture has accomplished more than words ever could.

So it is with our life. We need to carry the Gospel. We need to witness to others. But I do believe that others need to see a picture of Christ working in and through us that reaches out and touches their hearts so they will desire the Gospel we are preaching.

What to do:
✞ Do not just carry the Gospel -- live it. Be a picture of what God’s love really is. That takes you from being ordinary to extraordinary.