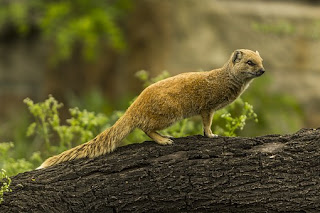 Key Verse: Verse 15 – “Study to shew thyself approved unto God, a workman that needeth not to be ashamed, rightly dividing the word of truth.."

According to a well-known story, the noted filmmaker Samuel Goldwyn didn't know the correct plural of the word “mongoose.” He needed two of these animals for a scene in a production, so he asked his secretary what word he should use. She didn’t know either. He thought for a minute and then said, “Okay, take a letter to the San Diego Zoo. Have it read, ‘We’d like to rent a mongoose for use in a motion picture. And while you’re at it, send us another one.’”

This is more than a cute story. It reminds us that there are many different ways of saying the same thing. Nowhere can you find a better example of this than in the Word of God. The principles of godliness are repeated in hundreds of different ways. The Lord has given us His truth in various settings, styles, and language forms. So diverse are His approaches to the truth that if we can’t figure out the meaning of a particular Scripture passage, we’ll find it clearly stated somewhere else in the Bible.

The issue is not that God couldn’t have spoken once-and-for-all so that everybody could understand. But He knew that readers of His Word down through the centuries would create all kinds of arguments based on words pulled out of their context. So He gave us a Bible that we can understand by comparing Scripture with Scripture.

Don’t get lost in arguments about words that aren’t building you up. Study and read and keep reading until you grasp the spiritual truth that is always bigger than any one way of describing it.