Daily Devotion: That One Desire 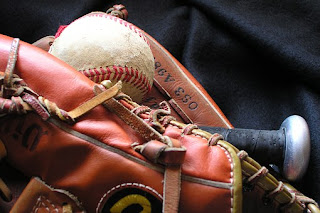 Key Words: For me to live is Christ

The greatest achievements in life are usually accomplished by people who have a singular desire that becomes the ruling passion of all they do. For example, when Bob Feller was a child, he loved to throw a ball. By the age of five, he spent hours every day pitching through a hole in the barn wall. At ten his father bought him all the necessary equipment and provided him with a playing field on the family farm. At thirteen he pitched for a local team and averaged twenty strike-outs a game. At seventeen he began playing for the Cleveland Indians. As a major leaguer he had six seasons as a twenty-game winner, three no-hit games, eleven one-hitters, 266 wins, and he set a record of 348 strike-outs in one season. He is a member of the Baseball Hall of Fame. Bob Feller had one desire – baseball!

Something of that same focusing of life can be seen in every Christian who has been used of God in a special way. The words of today’s text, perhaps more than any others penned by the Apostle Paul, express the overruling passion of his life. In every joy, in every sorrow, in every reversal of events, in every achievement, he had but one concern – that he might know Christ, and the power of His resurrection, and the fellowship of His sufferings (Philippians 3:10). Is it any wonder that he stands out among the great Christians of all time, and that God entrusted to him the writing of nearly half of the New Testament?