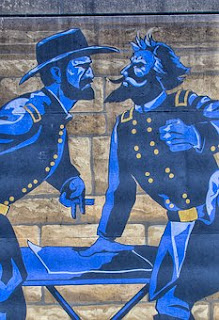 Key Verse: Verse 2 - “Upon the first day of the week let every one of you lay by him in store, as God hath prospered him, that there be no gatherings when I come."

Key Words: let every one of you

Yes sir and yes ma’am, I’m baffled. I truly am. Not just me, but other pastors are baffled as well.

It seems as though when our churches want to collect money for special projects, people open up their wallets and checkbooks and give generously. For example, someone in the church is needy and going through a hard time – out comes the money. When there is a special missions project, man, do the people give! I read a story that took place during the Civil War.

Far removed from the Civil War’s action in the little town of Austin, Nevada, a local election turned into a bonanza for the Union Army. Two local candidates for mayor, Democrat Reuel Colt Gridley, who was a Southern sympathizer, and Republican Dr. H. S. Herrick, a staunch Union supporter, proposed a friendly wager: Whoever lost the election would march between Austin and Clifton, Nevada, carrying a sack of flour, whistling either “Dixie” or “John Brown’s Body.” Gridley lost; he made the 1.25-mile trek carrying a 50-pound sack of flour decorated with red, white, and blue ribbons and flags. Herrick carried Gridley’s coat and cane, but at the end he wouldn’t accept the flour, leaving Gridley “holding the bag.” In the local saloon, the two decided to auction it and send the proceeds to the U.S. Sanitary Commission fund. The auction turned into a fundraiser, with one miner after another buying the flour and re-donating it for another sale. At the end of the day, they had collected over $4,500, and Gridley still had the sack. He took the show to cities around the United States. In the end, $275,000 was raised.

Even in those days of the Civil War when many were hurting financially, they gave – because it was a special project.

Now, it’s not the giving to special projects that bothers the pastors, it’s the lack of giving faithfully week after week to meet the general needs of God’s work. The money for the General Fund goes to meet the needs of our children and children’s ministries, the bus ministry, the Sunday School ministry, the Prime-Timers ministry, visitation, music, and the list goes on and on. So the next time the offering plate is passed, give to the church’s General Fund – it goes to meet special needs as well.

What to do:
✞ Give. It’s the way the church meets the financial needs of the ministry.