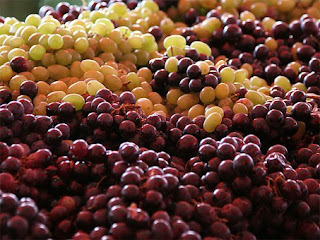 Key Verse: Verse 28 – “Let him that stole steal no more: but rather let him labour, working with his hands the thing which is good, that he may have to give to him that needeth."

Is it just my perception, or have people forgotten the basic rules of honesty? I read recently about a fruit market in California where a little boy was cramming grapes into his mouth as fast as he could. His parents were nowhere in sight. A clerk at the fruit stand watched helplessly, not knowing what to do as the little fellow pigged out on the grapes. After awhile the mother appeared and saw what the little fellow was doing, but it was her rebuke that shocked me. “Johnny,” she said, “don’t eat so fast.”

Can this really be the kind of society we live in, have we really forgotten the basic rules of honesty so clearly expressed in the eighth commandment, “Thou shalt not steal” (Exodus 20:15)? Now you don’t have to have a doctorate in Bible Interpretation to understand that! The Word of God clearly states that if we take anything that belongs to someone else or withhold that which rightly belongs to someone else, we have broken the Word of God. Honest work, earning what we have, is the teaching of God’s Word.

While we scoff at government hand-outs and rightly so, we border on being hypocritical if we constantly give to our children who hold their hand out, not willing to work for what they want. The command of God’s Word is work, honest work. II Thessalonians 3:10b, “…that if any would not work, neither should he eat.” I Timothy 5:8, “But if any provide not for his own, and specially for those of his own house, he hath denied the faith and is worse than an infidel.” Honest work pays.

What to do:
✞ Be honest with all your “doings.”