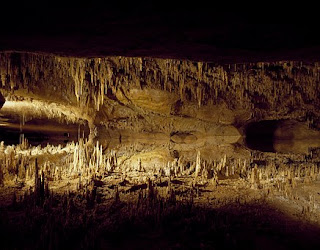 Key Words: and he became a captain over him

These were tough guys. They would have been the Israeli Mafia. Now here is David, their leader, who turns this mob of madmen into an organized, well-disciplined fighting force, mighty men of valor. Talk about a challenge! These weren’t the filthy five, nor the nasty nine, nor the dirty dozen. There are over 400 of these hard-luck hooligans.

Shortly thereafter the group grew to 600, and David was the den mother for these desperados. He was the general, master sergeant, and the chaplain all rolled up into one. David, the little shepherd boy; David, the sweet psalmist of Israel, became their captain. David pulled off unifying this band of renegades and they became a great fighting machine. These were David’s mighty men and many of their names are listed in the Bible for heroism and dedication.

What to do:
✞ When in a dark place, don’t despair, call out to God