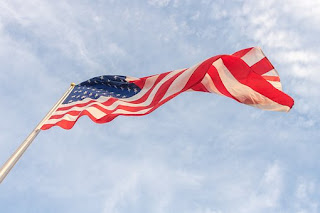 Key Verse: Verse 23 - “In all labour there is profit: but the talk of the lips tendeth only to penury."

Key Words: In all labor there is profit

America has become a nation of people who ask, “What can you do for me?” rather than a nation that asks, “What can I do for my country?” We see this throughout our society and even in our church people. As a rule, we aren’t looking for churches in which we can serve but in churches where we can be served.

The author of the following is unknown. “Those who built this nation to its present greatness believed in the invincibility of intelligence, economy, and hard work. Guided by Providence, they entered a wilderness with vision, industry, and courage. They took the forked stick and made a steel plow. They took the rude sickle and made a reaper. They took the wagon and made an engine, an automobile, an airplane, a tractor. They made an iron thread into an ocean cable, rough type into great color printing presses, and steel beams into soaring skyscrapers. They made forest trails into magnificent highways. They put the little red schoolhouse and the little white church on a thousand hills. America is great because individual men have freedom and equality; because individual men have been given the incentive to create, to produce, and to save, because individual men have been rewarded for their labor with a generous share of the goods they helped to produce. America has taken its place among the great civilizations of history because the cornerstone upon which the republic rests is the social, economic, and spiritual betterment of individual man.”

I might add that this all comes by the grace of God.

What to do:
✞ Remember, labor makes us strong. Laziness will make us weak.