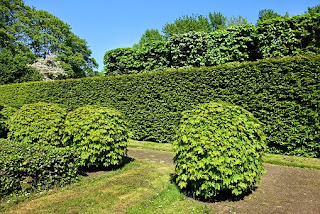 Key Verse: Verse 30 - “And I sought for a man among them, that should make up the hedge, and stand in the gap before me for the land, that I should not destroy it: but I found none.”

Key Words: that should make up the hedge

I believe the principle is clear. Not only are the Marines looking for a few good men, so is God—men of righteousness who will separate themselves from the world and stand up for righteousness. The opportunity for us to mentor those young men is great. We should very well take advantage of this opportunity.

The Olympic games seem reserved for youth. And even then, “youth” is defined as “under 25.” When youthful Melvin Stewart, 23, won the Gold Medal in the men’s 200-meter butterfly he shared some keen insight on age. In 1988, Stewart finished a disappointing fifth at the games in Seoul. His family was there with a gentleman named George Baxter. Mr. B, as Stewart calls him, paid for his boarding school when he flunked out of school. “He gave me a chance to turn things around. I owe my education to him. He was, and is, my mentor.” Stewart continued, “That day in Seoul, Mr. B took me aside and said, ‘This is a blessing in disguise. Use this to fuel the fire toward the next Olympics.’”

After emerging victorious in Barcelona, Melvin Stewart threw his victory flowers to Mr. B and, “I told him, ‘I love you.’ I am going to give him my gold medal, too. Mr. B is seventy-six years old and I do not do many things without talking to him first. He’s incredible! And he’s been married to the same woman for fifty-three years. It is too bad, but older people are a great resource that too many young people do not rely on today.” Melvin Stewart appears to be a gold medalist outside of the pool as well.

Are you allowing God to use you to stand in the gap and impact others for God’s glory?

What to do:
✞ The next time you see or hear of a hedge, remember God is looking for you to stand in the gap for His glory.