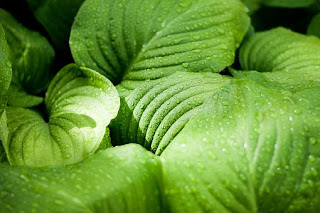 Key Verse: Verse 14 – “My beloved is unto me as a cluster of camphire in the vineyards of Engedi."

Key Words: the cluster of the camphire

It is also known as the henna plant. The henna plant is native to northern Africa, western and southern Asia, and northern Australia, in semi-arid zones and tropical areas, it produces the most dye when grown in temperatures between 35 and 45 °C (95 and 113 °F). During the onset of precipitation intervals, the plant grows rapidly, putting out new shoots. Growth subsequently slows, the leaves gradually yellow and fall during prolonged dry or cool intervals. It does not thrive where minimum temperatures are below 11 °C (52 °F). Temperatures below 5 °C (41 °F) will kill the henna plant.

Isn't it interesting that the camphire doesn't thrive during the dry and/or cool season? Nor do we thrive during times of dry and cool spiritual times.

Take David, for example. During the times David was close to God he lived victoriously and conquered bears, lions, and giants. But during the dry and cool spiritual times in David's life, he complained and felt overwhelmed by the trials of life.

It is important that the dry and cool times of our spiritual walk be severed or they will grow and become a famine and a freeze to us spiritually.

The man huddled on the cabin floor was slowly freezing to death. It was high in the Rockies in southwestern Alberta, and outside a blizzard raged. John Elliott had logged miles that day through the deep snows of the mountain passes. As he checked for avalanches and as dusk and exhaustion overcame him he had decided to “hole-up.” He made it wearily to his cabin but somewhat dazed with fatigue, he did not light a fire or remove his wet clothing.

As the blizzard blasted through the cracks in the old cabin walls, the sleeping forest ranger sank into oblivion, paralyzed by the pleasure of the storm’s icy caress. Suddenly, however, his dog sprang into action, and with unrelenting whines, finally managed to rouse his near-comatose friend. The dog was John’s constant companion, a St. Bernard, one of a long line of dogs famous for their heroics in times of crisis. “If that dog hadn’t been with me, I’d be dead today,” John Elliott says. “When you’re freezing to death you actually feel warm all over, and don’t wake up because it feels too good.

This moving story illustrates the spiritual condition of many people today. They are cold spiritually, and sadly are oblivious of their true condition. Thank God for all the ways in which He arouses such sleepers. He sends His messengers to nudge them awake. Sometimes the methods used to awaken them are drastic, but always for their good. Let us not imagine that because He shakes us, He therefore hates us. He awakens us from lethargy because He loves us, and wants to save us from an eternal death. When we were “ready to perish” (Isaiah 27:13), He was “ready to save” (Isaiah 38:20). Trust your life in His hand.

What to do:
✞ To have a close relationship with God is not just a need for us, but a necessity!