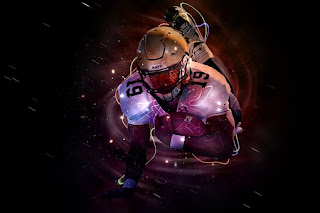 Key Verse: Verse 3:1 – "And the word of the LORD came unto Jonah the second time, saying,"

Jonah was called by God to go to Nineveh; he ran the wrong way and fell into all kinds of adversity; but thanks be to God for His grace of a second chance.

Georgia Tech played the University of California in the 1929 Rose Bowl. In the game a player recovered a fumble, but became confused and ran the wrong way. A teammate tackled him just before he would have scored a touchdown against his own team. At halftime all of the players went into the dressing room and sat down, wondering what the coach would say. This young man sat by himself; put a towel over his head, and cried.

When the team was ready to go back onto the field for the second half, the coach stunned the team when he announced that the same players who had started the first half would start the second. All of the players left the dressing room except this young man. He would not budge. The coach looked back as he called him again, and saw that his cheeks were wet with tears. The player said, “Coach, I can’t do it. I’ve ruined you. I’ve disgraced the University of California. I can’t face that crowd in the stadium again.”

Then the coach put his hand on the player’s shoulder and said, “Get up and go back in. The game is only half over.”

When I think of that story, deep down inside I say, “What a coach!” When I read the story of Jonah in the Bible, and the stories of thousands like him, I say, “To think that God would give me another chance!”

For those of you sitting on the sidelines because you fumbled the ball spiritually: get up and get back in there, the war is not over yet.

What to do:
✞Stay with it! Be faithful!