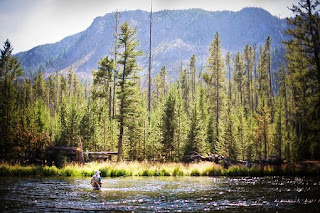 Key Verse: Verses 10 - "If thou faint in the day of adversity, thy strength is small"

Key Words: If thou faint

God doesn’t allow adversity in our lives to hurt us but to help us.

Robert Hastings writes, “A friend of mine, Milo B. Arbuckle, likes to hunt and fish in the Rockies. His jeep often takes him off the beaten paths to where the mountain streams are clearest and the game most plentiful. His specialty is trout, including the rainbow, native, German-brown, and cutthroat.

“One of his favorite haunts is about 10,000 feet up in the mountains, where the Rio Grande starts its long, winding descent through Colorado, New Mexico, then slices Texas from Mexico, before emptying into the Gulf of Mexico.

“’The best trout are up there,’ Milo boasts. ‘It is the nature of trout constantly to move upstream. The weaker and diseased fish are swept downstream. Only the strongest eventually reach the top, where the water is clearest and coldest.’

“Milo can judge a fish that has struggled upstream, for it is firmer and more muscular. He easily spots a hatchery-bred trout, because it is soft and flabby.

“I thought of the hymn, Higher Ground. It is the nature of a growing Christian to swim upstream. He may not always reach his goal, but his direction is onward and upward, while Christians who drift with the current end up soft and flabby.”

Those who go through the adversities of life quietly serving God are made strong while all others become flabby.

What to do:
✞ Don’t begrudge the adversities of life. They are what makes you strong in the Lord.