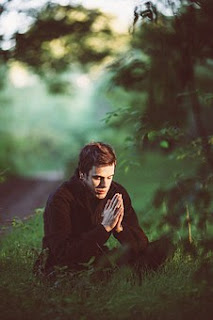 Key Verse: Verse 1 - "And he spake a parable unto them to this end, that men ought always to pray, and not to faint;"

Key Words: men ought always to pray, and not to faint

Have you ever considered the power of prayer? According to James 5:16, it heals; it gives wisdom (James 1:5); it sets the captive free (Acts 12:5); and according to our text, it can keep you from fainting in the day of adversity.

The plane was headed for New York – a routine and normally very boring flight. But this time it proved to be otherwise.

As they were on their descent pattern, the pilot realized that the landing gear was not engaging. He messed around with the controls, trying again and again to get the gear to lock into place ...without success. He then asked ground control for instruction. As the plane circled the landing field, the emergency crew coated the runway with foam and fire trucks and other emergency vehicles moved into position.

Meanwhile, the passengers were told of each maneuver in that calm, unemotional voice pilots do so well. Flight attendants glided about the cabin with an air of cool reserve. Passengers were told to place their heads between their knees and grab their ankles before impact. There were tears and a few cries of despair... . Then, with the landing only minutes away, the pilot suddenly announced over the intercom: “We are beginning our final descent. At this moment, in accordance with International Aviation Codes established at Geneva, it is my obligation to inform you that if you believe in God you should commence prayer.” Scout’s honor...that’s exactly what he said!

So during your time of adversity, pray!!

What to do:
✞ Commence praying.