Daily Devotion: The Bells Are Ringing 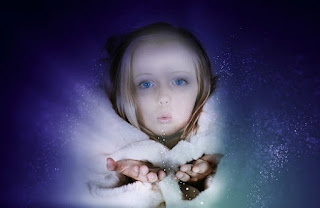 Key Verse: Verse 10 - "Take heed that ye despise not one of these little ones; for I say unto you, That in heaven their angels do always behold the face of my Father which is in heaven."

There is, at least in my heart, no greater trying of one’s faith than the adversity of the death of a child. This type of adversity will drive you from God or draw you close to Him.

The following is a true story taken from Alice Gray’s book, Stories from the Heart.

“A nurse with whom I worked, Gracie Schaeffler, had taken care of a five-year-old lad during the latter days of his life. He was dying of lung cancer.

“This little boy had a Christian mother who loved him and stayed by his side through the long ordeal. She cradled him on her lap and talked softly about the Lord. Instinctively, the woman was preparing her son for the final hours to come. Gracie told me that she entered his room one day as death approached, and she heard this lad talking about hearing bells ringing. ‘The bells are ringing, Mommie,’ he said. ‘I can hear them.’

“Gracie thought he was hallucinating because he was already slipping away. She left and returned a few minutes later and again heard him talking about hearing bells ring.

“The nurse said to his mother, ‘I’m sure you know your baby is hearing things that aren’t there. He is hallucinating because of the sickness.’

“The mother pulled her son closer to her chest, smiled and said, ‘No, Mrs. Schaeffler. He is not hallucinating. I told him when he was frightened – when he couldn’t breathe – if he would listen carefully, he could hear the bells of heaven ringing for him. That is what he’s been talking about all day.’

“That precious child died on his mother’s lap later that evening, and he was still talking about the bells of heaven when the angels came to take him.”

What to do:
✞ Don’t let the adversities of life drive you from God but to God, even though it may be hard to understand. God never does things to us. He, in His love, allows things for us and for His glory. Psalm 116:15