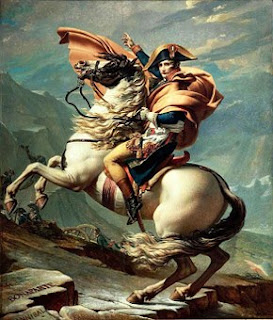 Key Verse: Verse 10 – “And he said, Tomorrow. And he said, Be it according to thy word: that thou mayest know that there is none like unto the LORD our God."

Key Words: And he said, Tomorrow

We all know the story of how God plagued the Egyptians in order that Pharoah would “let God’s people go.” But intertwined in this story you find Pharoah’s compromising proposals to Moses.

As long as we are in this body of flesh, we will fight the battle against compromise.

W. A. Criswell once said, “The early first century Christians were offered their lives if they would but cast a touch of incense on the fire that burned before the image of the Emperor. A very small gesture of political support compared with being fed to the lions or being burned at the stake. They could have argued that they could do more good by living than by dying. He who fights and runs away will live to fight another day. Better a live dog than a dead lion. But, when men catch a glimpse of the face of God, they do not fear the face of man!”

In his early life, the sculptor Dannecker gained a wonderful reputation for his statues of the Greek goddesses. As he approached his prime he felt he ought to pour all of his strength and time into the creation of a masterpiece, so he devoted himself to carving a representation of Christ. Twice he felt he failed and started over afresh, finally carving an image of Christ so beautiful that when people beheld it, they could only love and adore. Hearing of Dannecker’s great expertise, Napoleon sent for him and requested that he carve a statue of Venus for the Louvre. Reportedly the sculptor’s answer was short and simple, “Sir,” he said, “the hands that carved Christ can never again carve a heathen goddess.”

I am afraid today that we are losing the battle for Christ, one inch at a time, through compromise. So I challenge you: stand firm and strong.

What to do:
✞ Determine today to fight the good fight of faith by not compromising.