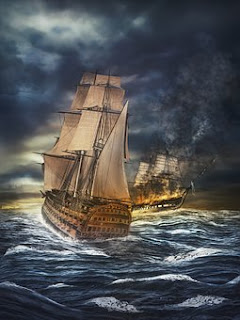 Key Verse: Verse 1 - “And Satan stood up against Israel, and provoked David to number Israel."

If you ask the average person to name the sin of David, they, in all likelihood, would name his adultery with Bathsheba. That sin was certainly great and hideous, but the sin found in our text is great as well. As a result of David’s sin, seventy thousand men died (I Chronicles 21:14). David’s pride had not only brought him low, but all of Israel. There is no sin you and I can commit that does not directly affect others.

In the summer of 1986, two ships collided in the Black Sea off the coast of Russia. Hundreds of passengers died as they were hurled into the icy waters below. News of the disaster was further darkened when an investigation revealed the cause of the accident. It wasn’t a technology problem like radar malfunction – or even thick fog. The cause was human stubbornness. Each captain was aware of the other ship’s presence nearby. Both could have steered clear, but according to news reports, neither captain wanted to give way to the other. Each was too proud to yield first. By the time they came to their senses, it was too late.

Someone has said that “Pride is the dandelion of the soul. Its root goes deep; only a little left behind sprouts again. Its seeds lodge in the tiniest encouraging cracks, and it flourishes in good soil. The danger of pride is that it feeds on the goodness of self.”

Be prayerful to not get entangled and defeated in the spiritual warfare of pride.

What to do:
✞ Think of others before you think of yourself; and remember, “Pride goeth before destruction”(Proverbs 16:18).