Daily Devotion: How to Abase and Abound 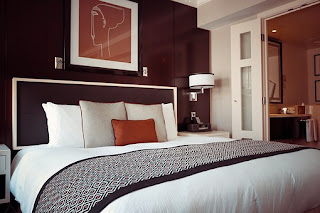 Key Verse: Verse 12 -"I know both how to be abased, and I know how to abound: every where and in all things I am instructed both to be full and to be hungry, both to abound and to suffer need."

Key Words: I know both how to be abased, and I know how to abound

I can truly say I have experienced both being abased, having little to no food or money; and I know how to abound. God is good in both cases.

It was the custom of Dr. Harry Ironside to go every year to Grand Rapids for a Bible Conference at Mel Trotter’s mission. Mel Trotter had been an alcoholic, and after he had come to Christ, he opened a mission to reach other men who were in his former condition. The owner of a hotel which had just been built in Grand Rapids had been an alcoholic, and had been led to Christ by Mel Trotter. He told Mel, “When you have a speaker or visitor come to your mission, you send him over to the hotel. We will keep him here free of charge.” When Dr. Ironside arrived at that hotel, the man ushered him up to the presidential suite. He had the best apartment in the hotel. Dr. Ironside had never been in a place like that before. He called Mel on the phone and said, “Listen, Mel, you don’t have to put me up like this. I don’t need all this luxury. All I want is a room with a comfortable bed, and a desk and a lamp where I can study.” Mel assured him that the room was not costing him or the mission anything; it was being provided free of charge. He said, “Harry, Paul said he knew how to abound and he knew how to be abased. Now you learn how to abound this week, will you?”

What to do:
✞ It’s always wise to remember, whether you are abounding or being abased, God is still in control.