Daily Devotion: How of Judging Others 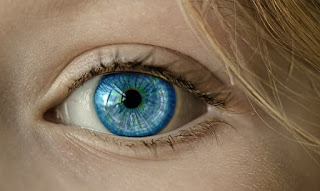 Key Verse: Verse 4 - "Or how wilt thou say to thy brother, Let me pull out the mote out of thine eye; and, behold, a beam is in thine own eye?"

Key Words: how wilt thou say to thy brother, Let me pull out the mote out of thine eye

We have to judge. Paul said, "he that is spiritual judgeth all things." However, we must be careful not to judge by appearance only (John 7:24).

In 1884 a young man died, and after the funeral his grieving parents decided to establish a memorial to him. With that in mind they met with Charles Eliot, president of Harvard University. Eliot received the unpretentious couple into his office and asked what he could do. After they expressed their desire to fund a memorial, Eliot impatiently said, “Perhaps you have in mind a scholarship.” “We were thinking of something more substantial than that…perhaps a building,” the woman replied. In a patronizing tone, Eliot brushed aside the idea as being too expensive and the couple departed. The next year, Eliot learned that this plain pair had gone elsewhere and established a $26 million memorial named Leland Stanford Junior University, better known today as Stanford!

It’s a bad mistake to judge by appearance only!

What to do:
✞ Judge with a righteous judgment.