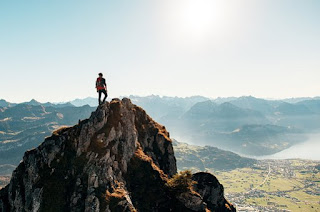 Key Verse: Verse 11- "And the LORD said unto Moses, How long will this people provoke me? and how long will it be ere they believe me, for all the signs which I have shewed among them?"

Key Words: How long will this people provoke me

We know the people had heard the negative news from ten of the twelve spies that had spied out the promised land. They had told the people there were giants in the land, and that they were nothing but mere grasshoppers to the Amalekites.

The people had provoked God because of their lack of faith, “How long will it be ere they believe me?” Rather than operating out of faith, they operated out of fear.

Seeking to know God better, John Chrysostom became a hermit in the mountains near Antioch in A.D. 373. Although his time of isolation was cut short by illness, he learned that with God at his side, he could stand alone against anyone or anything. That lesson served Chrysostom well. In A.D. 398, he was appointed patriarch of Constantinople, where his zeal for reform antagonized the Empress Eudoxia, who had him exiled. Allowed to return after a short time, Chrysostom again infuriated Eudoxia, who sent him away again. How did Chrysostom respond to such persecution? With these words: “What can I fear? Will it be death? But you know that Christ is my life, and that I shall gain by death. Will it be exile? But the earth and all its fullness are the Lord’s. Poverty I do not fear; riches I do not sigh for; and from death, I do not shrink.”

He who fears man will seldom obey God!

What to do:
✞ Remember, sometimes the Lord calms the storm; sometimes He lets the storm rage and calms His child.