Daily Devotion: How, How, and How 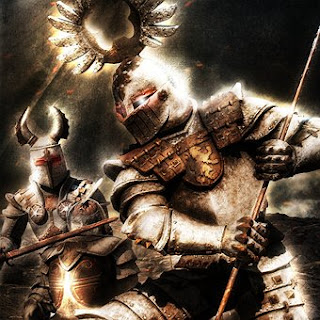 All of these "how’s” are nothing but a cover-up of David’s pretending to get some consolation from Uriah, when in fact, he is attempting to cover up his adultery with Uriah’s wife.

I’m reminded of the little saying we had to learn in elementary school, “Oh what a tangled web we weave when we practice to deceive.”

For six years starting in 1877, Black Bart committed 28 robberies wearing a flour sack over his head, brandishing a shotgun, demanding, “Will you please throw down your treasure box, sir?” He was wounded in his last robbery, dropping a handkerchief with the laundry marking FXO7, which was traced to San Francisco where the police made one of the most surprising arrests in city history. Black Bart, the stagecoach robber, turned out to be Charles Bolton, one of San Francisco’s leading citizens with close ties to the police department. He had a reputation as a non-smoking, non-drinking, God-fearing man with big business interests in the gold mines. The citizens of San Francisco were duped into deception, deceived by someone who had the appearance of one life, but was living an entirely different one.

David had to learn the hard way, as do most of us, that deception only lasts for awhile; then the covers are pulled back, and the whole world then knows the truth.

What to do:
✞ Remember, Oh what a tangled web we weave when we practice to deceive.