Daily Devotion: How Can I Do This? 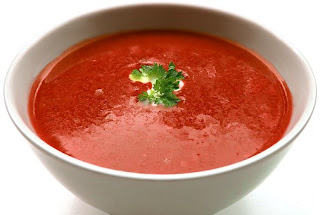 Key Verse: Verse 12 – "And David was afraid of God that day, saying, How shall I bring the ark of God home to me?"

Key Words: How shall I bring the ark of God home to me

There is a commercial where a man is saying over and over again, “I can do this,” and then finally says, “How can I do this?”

That’s how David must have felt. In order to understand the context let’s review a little of Israel’s history.

During the period of the judges, you may recall, the ark had been captured in war by the Philistines. Because it had caused them no end of trouble, they placed it on a new cart and sent it back to Israel (I Sam. 6). From that time to this, the ark had remained in the house of Abinadab at Kirjath-jearim. Now David makes an attempt to bring the ark to his capital, which is Jerusalem. God took note of this because it pleased Him that David was putting an emphasis on spiritual matters.

But things go awry when Uzza touched the ark and God smote him. As a result of this, David became full of fear and “brought not the ark home.” Fear can work in two ways. It can motivate you to act or it can cause you to freeze and do nothing. So it was with David.

Five-year-old Johnny was in the kitchen as his mother made supper. She asked him to go into the pantry and get her a can of tomato soup, but he didn’t want to go in alone. “It’s dark in there and I’m scared.” She asked again, and he persisted. Finally she said, “It’s OK—Jesus will be in there with you.” Johnny walked hesitantly to the door and slowly opened it. He peeked inside, saw it was dark, and started to leave when all at once an idea came, and he said, “Jesus, if you’re in there, would you hand me that can of tomato soup?”

Yes, fear can cause us to do some strange things. With David, it caused him to “freeze in his tracks.”

What to do:
✞ Do right, and you have nothing to fear.