Daily Devotion: How About This Fire? 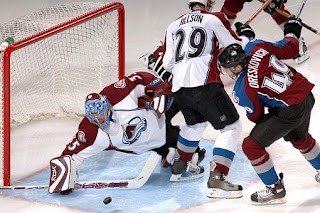 Key Verse: Verse 5 - "Even so the tongue is a little member, and boasteth great things. Behold, how great a matter a little fire kindleth!"

Key Words: how great a matter a little fire kindleth

Be careful what you say. Your words can do several things. They can bless, hurt, etc. They can also come back to haunt you.

A man working in the produce department was asked by a lady if she could buy half a head of lettuce. He replied, “Half a head? Are you serious? God grows these in whole heads and that’s how we sell them.”

“You mean,” she persisted, “that after all the years I’ve shopped here, you won’t sell me half a head of lettuce?”

She indicated that would be appreciated, so the young man marched to the front of the store. “You won’t believe this, but there’s a lame-brained idiot of a lady back there who wants to know if she can buy half a head of lettuce.”

He noticed the manager gesturing, and turned around to see the lady standing behind him, obviously having followed him to the front of the store. “And this nice lady was wondering if she could buy the other half,” he concluded.

Later in the day the manager cornered the young man and said, “That was the finest example of thinking on your feet I’ve ever seen! Where did you learn that?” “I grew up in Grand Rapids, and if you know anything about Grand Rapids, you know that it’s known for its great hockey teams and its ugly women.”

The manager’s face flushed, and he interrupted, “My wife is from Grand Rapids!” “And which hockey team did she play for?”