Daily Devotion: How About the Resurrection? 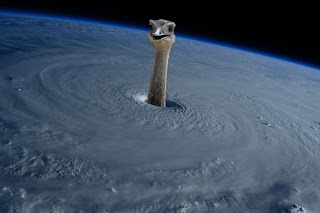 Key Verse: Verse 12 - "Now if Christ be preached that he rose from the dead, how say some among you that there is no resurrection of the dead?"

Key Words: how say some among you that there is no resurrection

Now Paul begins a series of “ifs”—“if Christ be not risen.” Paul faced the fact. My Christian friend, don’t you hide your head like an ostrich under the sand and say, “Well, we can’t be sure about the Resurrection, so let’s not say too much about it. Let’s walk as if we were walking on eggshells.” My friend, I am on a foundation; that foundation is the Rock, and the Rock is Christ. He came back from the dead. Paul is not afraid that Christ might not have risen from the dead. He puts down these “ifs” as a demonstration of the importance of the resurrection of Jesus Christ.

As a young man, D. L. Moody was suddenly called upon to preach a funeral sermon. He hunted all through the Four Gospels trying to find one of Christ’s funeral sermons, but searched in vain. He found that Christ broke up every funeral He ever attended. Death could not exist where He was. When the dead heard His voice, they sprang to life. Jesus said, “I am the resurrection and the life” (John 11:25).