Daily Devotion: Who Will Go? 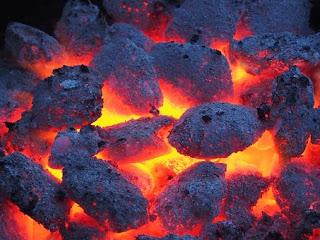 Key Words: who will go for us?

God had a message which needed to be carried to the nation of Israel. Isaiah was willing to go, but declared he was just as unclean spiritually as the others in Israel. So God had an angel touch his lips with a live coal, which purged his sin. It was sin that kept Isaiah from going, but after his sin was purged, he said,”Lord, here am I, send me.”

This raises an interesting thought. Sin is what keeps us from obeying the call of God—SIN!

I read an interesting story of the eleventh century King Henry III of Bavaria who grew tired of court life and the pressures of being a monarch. He made application to Prior Richard at a local monastery, asking to be accepted as a contemplative and spend the rest of his life in the monastery. “Your Majesty,” said Prior Richard, “do you understand that the pledge here is one of obedience? That will be hard because you have been a king.”

“I understand,” said Henry. “The rest of my life, I will be obedient to you as Christ leads you.”

“Then I will tell you what to do,” said Prior Richard. “Go back to your throne and serve faithfully in the place where God has put you.” When King Henry died, a statement was written: “The King learned to rule by being obedient.” When we tire of our roles and responsibilities, it helps to remember God has planted us in a certain place and told us to be a good accountant or teacher or mother or father. Christ expects us to be faithful where He puts us, and when He returns, we’ll rule together with Him.

God told Isaiah to go. We don’t have to go overseas... Isaiah didn’t. He simply went where he was and carried the message of God, and we can do the same.

What to do:
✞ Carry the gospel to others where you are.