Daily Devotion: Who was that Mighty Man? 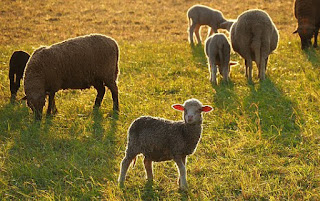 Key Verse: Verse 12 – “And after him was Eleazar the son of Dodo, the Ahohite, who was one of the three mighties."

Key Words: who was one of the three mighties

J. Vernon McGee writes about mighty men when he says:

David had been brought up in Bethlehem. That was his hometown. There was a well at the entrance there, and many a time after he had been out with his sheep, he had come back thirsty and had stopped at that well to get a drink. Now the Philistines have him holed up and he cannot get to that well. He said, “I sure would like to have a drink from that well.” It was just a wish, not a command. These three men broke through the lines of the Philistines and got the water and brought it to David. The interesting thing is that he would not drink it, but he poured it out as a drink offering to God.

There are some analogies we can make from this. Jesus was born at Bethlehem, and He is that Water from Bethlehem; He is the Water of Life. There are many of the mighty men of Jesus Christ who down through the centuries have taken this Water to a thirsty world. I think of Livingstone, Judson, Henry Martin, and other wonderful missionaries of the past. Then there are all the missionaries today. I have visited them in Mexico, South America, Africa, Asia, and Europe. These are the ones who have left everything to penetrate barriers in order to get the Word of God to a thirsty world. The Lord takes note of them, my friend. They are listed among the mighty men. Praise God for His mighty “people” who carry the gospel around the world.

What to do:
✞ Join in and be one of God’s mighty people.