Daily Devotion: Who Shall Judge Us? 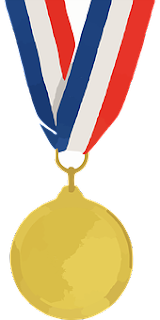 Key Verse: Verse 1 – “I charge thee therefore before God, and the Lord Jesus Christ, who shall judge the quick and the dead at his appearing and his kingdom;"

Key Words: who shall judge the quick and the dead at his appearing

As we watched, the time lines on the TV said that the man had broken the Olympic record. Ben Johnson had turned that sprint for the fastest human alive upside down as it had never been demonstrated before! The crowd went wild! The other runners congratulated him. What a run by Ben Johnson! Until it all hit the fan. When it went before the judges, they tested his blood and found steroids. When they found steroids, they sent word back for Ben Johnson to give up his gold medal and they awarded it to another.

The gold medal that Ben Johnson had won was snatched and turned over to another. He went back to Canada a disgrace. The crowd didn’t know it when he was running it. The crowd didn’t know it when he was sprinting it. When he was darting out of the blocks, the people went wild. When he did his victory lap, he looked like he was a winner. The only problem was the judges went inside of his body and extracted what was on the inside and brought it to the light.

On that day, many of us who think we have won will find out that we have to turn in our medal because we didn’t run according to the rules. The question is—will He call your name or will He strip you of your crown? Carnality will receive its just reward.