Daily Devotion: The Who of Truth 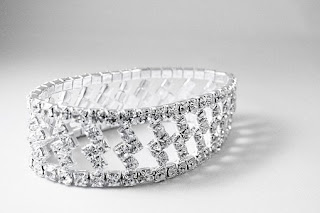 Key Verse: Verses 18 & 25– "For the wrath of God is revealed from heaven against all ungodliness and unrighteousness of men, who hold the truth in unrighteousness;" (vs. 18) "Who changed the truth of God into a lie, and worshipped and served the creature more than the Creator, who is blessed for ever. Amen." (vs. 25)

Key Words: Verse 18—who hold the truth in unrighteousness & Verse 25—who changed the truth

Notice the wrath of God is against those who hold the truth in unrighteousness, but God turns those over who change the truth of God; God turns them over to uncleanness.

One group misuses the truth, while the other changes God’s Word to make it say what they want, rather than let it say what it truly says.

When one holds the truth or changes the truth, the result will never be good. Disobedience to God is always the result.

A wealthy woman who was traveling overseas saw a bracelet she thought was irresistible, so she sent her husband this cable: “Have found wonderful bracelet. Price $75,000. May I buy it?” Her husband promptly wired back this response: “No, price too high.” But the cable operator omitted the comma, so the woman received this message: “No price too high.” Elated, she purchased the bracelet. Needless to say, at her return, her husband was dismayed. It was just a little thing—a comma—but what a difference it made!

What to do:
✞ Remember men can never be free to hold or change the truth of God.