Daily Devotion: Who is Able? 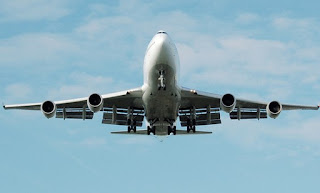 Key Verse: 9 – “Give therefore thy servant an understanding heart to judge thy people, that I may discern between good and bad: for who is able to judge this thy so great a people?"

Key Words: who is able to judge this thy so great people

Solomon is about to become the King of Israel. He sees himself as being unable to fulfill such a role. He sees himself as a child, and doesn’t even know how to leave or enter the house. So he asks God for discernment to judge with wisdom. When he says , “…who is able to judge this thy so great a people,” in essence he’s saying that this job is too big for me. With all of Solomon’s faults, you have to admit Solomon’s honesty.

A number of years ago the Douglas Aircraft company was competing with Boeing to sell Eastern Airlines its first big jets. War hero Eddie Rickenbacker, the head of Eastern Airlines, reportedly told Donald Douglas that the specifications and claims made by Douglas’s company for the DC-8 were close to Boeing’s on everything except noise suppression. Rickenbacker then gave Douglas one last chance to out-promise Boeing on this feature.

After consulting with his engineers, Douglas reported that he didn’t feel he could make that promise. Rickenbacker replied, “I know you can’t. I just wanted to see if you were still honest.”

Wisdom begins when we are truly honest about ourselves! That we can’t, but God can. Honesty is truly a great quality.

What to do:
✞ Be honest to yourself and be honest with others.